From Hikvision we share this interesting analysis on how the improvement of the “sensory” capabilities of video security solutions will take this market segment to a new level, with much more power and benefits for users.

Multi-dimensional perception capabilities will play a critical role in taking the video security industry to the next level.

For a long time, capturing visual images was the core and only perceptual ability of these systems.

Today, Manufacturers adding more “senses” to them, thanks to which they can collect multidimensional data and information.

For cameras and video surveillance systems, image capture simulates our sense of sight, expanding the power of our “eyes.”

But what if these systems used other types of “senses”, such as “hearing”, “smelling”, “detecting heat”, or even detecting phenomena that are beyond visual range, to identify and respond to security incidents?

And many beneficial advances in modern industry are already in progress, one of them being the expansion of perceptions.

There is no doubt that multiple perception capabilities will make video security systems more powerful. Its because, they will “detect” the outside environment, identify events, and provide more detailed information.

This will also create more possibilities for video security systems to serve clients in ever-expanding scenarios and applications.

The use of cameras integrated with centimeter and millimeter wave radars is an approach that is beginning to prevail in the detection of objects.

The radar has shown great advantages in this area as well as in the tracking of movements; these qualities make it suitable for a precise and reliable detection at long distances. In addition to its operation not being altered by any type of weather.

Multidimensional perception cameras have been used in road safety management to improve the detection of possible obstacles or traffic incidents at a long distance, out of visual range and in low visibility conditions.

The integration is also ideal for monitoring large exposed spaces with adverse weather conditions, such as seaports, airports, and large open industrial areas.

Car horn noise annoys residents living near major roads, and has been difficult for traffic control departments in many cities to reduce.

For the detection of car horns, a video camera equipped with sonar arrays capable of collecting image and sound data can be used.

Integrated cameras with sonar sensors can accurately detect and locate a vehicle’s horn source, identify it, and generate photos and videos of the event as evidence.

So local police can respond to unnecessary use of horns and help reduce noise pollution on roads and in communities.

Multispectral imaging is another good approach for CCTV cameras to perceive information from the non-visible light spectrum.

Common thermal imaging cameras use infrared radiation to detect the temperature of objects. In addition, today, the detection of other non-visible light spectra is being explored.

For example, the electric arc is a key phenomenon that indicates aging of electrical networks, and electrical discharge emits non-visible ultraviolet (UV) lights.

In these cases, the innovative UV detection can increase the perception capabilities of the cameras to capture invisible electric arc phenomena. Also it has an application in critical operations, specifically in security controls of aging electrical networks in the electrical industry.

Alarm systems with a wide range of detectors:

For example, alarm systems employing a wide range of detectors and peripheral devices have adopted this practice.

Alarm systems can collect multi-dimensional data and information with these detectors and peripheral devices. Thus it can provide comprehensive protection to homes, commercial buildings, factories, etc.

A great panorama to come:

Therefore, we believe that in the near future, additional “senses” such as:

manufacturers will integrate into HD video cameras and systems to monitor and report accurately about events or incidents.

It is very likely that the trend of multidimensional perception in the near future will shape security systems. This technology will give them more capabilities and power to improve the protection of users. 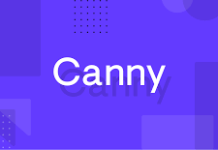 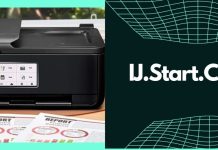 Global Driving Simulator Market To Be Driven By Its Ability To...

Reviews of 5 Best Mountain Bike Under 600$

How To Use Template Listing Templates On eBay 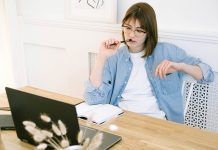 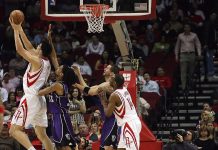 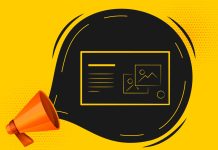 Simplifying Your Website’s Interface to Amplify Your Web Presence 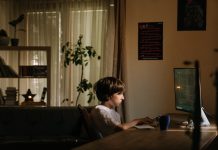 What Are The Striking Features of Robotics & Coding Classes for...